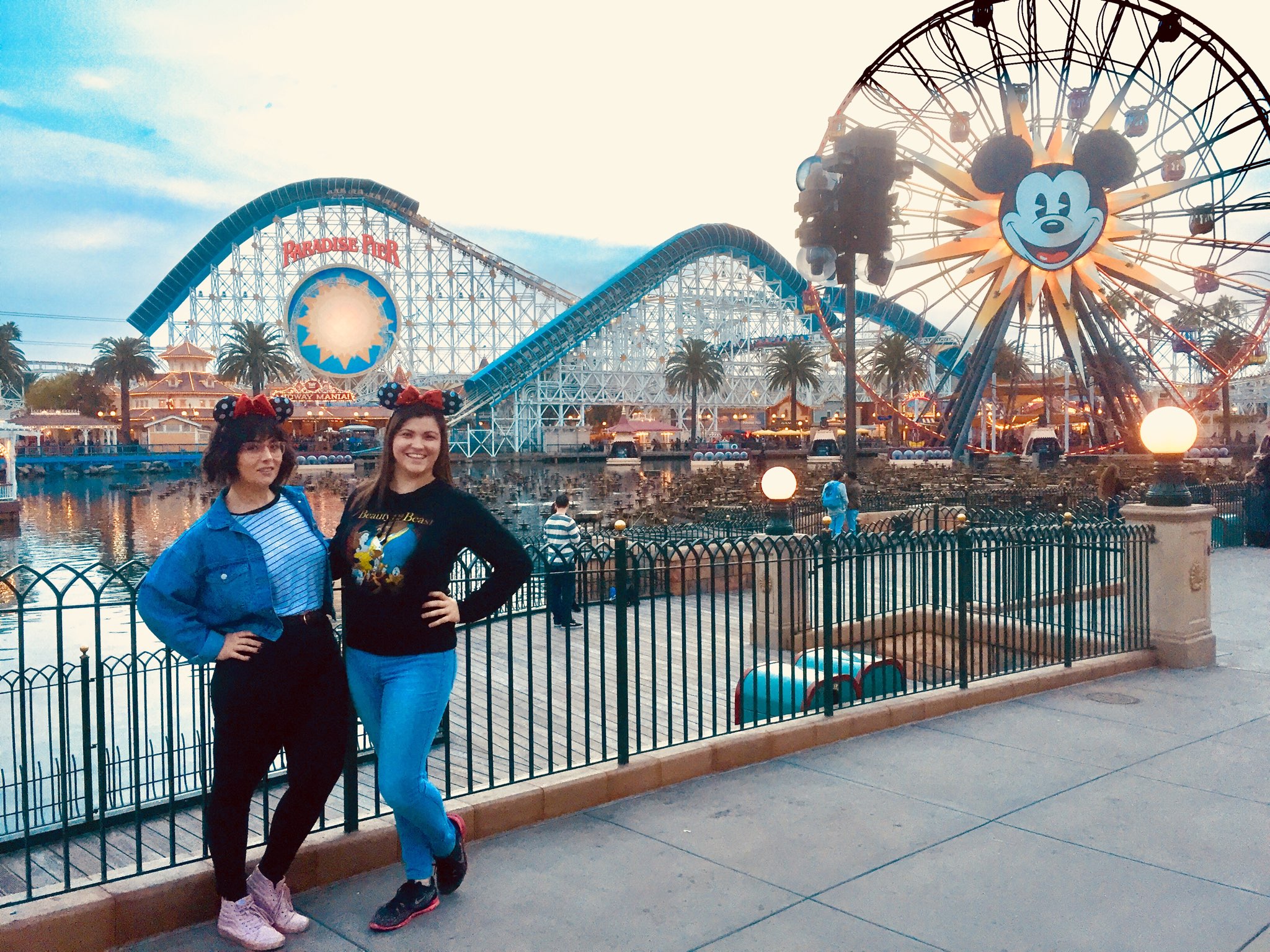 My Top 3 Most Embarrassing Moments

The first of my embarrassing moments comes from the main photo of this article. I love taking photos. I am one of those people who gets up in your business, down on the ground. Heck, I’ll climb benches or trees to get the right angle, but one thing that you need if you are really invested in this type of instagram life are stretchable fabrics. In fact, the times I take photos of people are embarrassing moments all in their own, I’m like a mom on your first day of school, or at junior prom.

I was taking photos of my friend, Iris, right before Paradise Pier closed down to make way for Pixar Pier. We were getting the coveted “Sunset in front of the Ferris Wheel” shot, and my gosh, it was glorious. I really outdid myself, the photo was beautiful.

But I got too comfortable, and when I went down for an on-the-ground-up-to-the-sky shot, I ripped my pants WIDE open. Like Grand Canyon wide, and it was a split right up the middle seam so you could see underwear and thigh and everything.

But we weren’t done with our day and I really wanted to see the fireworks so I just kept swimming, and thanks to the 100% votes on my instagram page, I knew I made the right call.

Wide open pants or not, you can’t stop me from following my dreams.

This Never Would Have Happened to Snow White

As you may know, I love Belle. She is my favorite princess and I try to embody her every chance that I get. So when I got the chance to wear my Belle Yellow dress for the first time to the parks, I felt magical. I really just felt like a ball of radiant sunshine beaming from the sky, but on land. Embarrassing Moments don’t come easily for me, this one was tragic.

It was a fantastic day and I felt really magical. But alas, I am not one with nature like Snow White or Cinderella and while sitting on the benches outside of Sleeping Beauty’s Castle, a little bird flew overhead and dropped a lovely little present smack dab on my bright yellow dress. I know that its supposed to be good luck when a bird poops on you, but I did not see it that way.

It was my first time wearing the dress, and bird poop stains. Luckily, in my panic-stricken grief I kept my cool and did not rub or smudge the poop, instead I let it dry a little and then let it fall off. The oils from the bird poop was easier to remove than anticipated as well and so my dress was saved. But I was very upset before that happened thinking it was ruined forever. I guess it was magical bird poop and that’s why it was ok.

Moral of the story, don’t sit near the birds.

A Whole New Way to Get A Fastpass

The third of my most embarrassing moments is the worst, but also the best.

So if you remember the live at the Hyperion Aladdin show, you know that when people found out it was leaving they went to great lengths to see it one last time. We were no exception. Chelsea, Tyler, Kaitlyn and I planned a whole Disney Day complete with a lunch reservation at the Blue Bayou. With fast passes to the next to last showing of the day of the last day of Aladdin.

We planned our entire day around the Aladdin show but, our lunch was a little behind schedule. What we thought would be an hour, ended up being 2 – running right into our fastpass time for Aladdin. If you know anything about fast passes, you know that they are usually very strict when it comes to being there on time. If you’re pass expires you’re out of luck, especially on a show that is on a schedule.

So we high-tailed it from New Orleans in Disneyland all the way over to Hollywood Studios in DCA. I even had to turn down a photo-op with Belle. We thought we were going to make it, but we were 2 minutes late. They closed the doors and were told the last show of the night was already out of fast passes – so we would have to wait in the standby line for the final showing.

But we didn’t, because we’re adults. And Adults don’t poop their pants at Disneyland.

The standby line was already super long since it was the last showing…ever. I begged the cast member since we were only 2 minutes late to please let us in, and she said they could not. Everyone was really bummed.

Now, there are not many times that I will lie to get something. I find myself to be a very honest and kind person. I believe in doing the right thing and all that, but this was an emergency. This show would never come back again. We HAD to see it one last time. So I told everyone that I would handle it. And Thus resulted in one of the most embarrassing moments a person could ever have, unless you’re me.

I pulled the cast member aside and explained to her that It was my fault we were late. We had been eating at the Blue Bayou and the food just didn’t agree with my stomach. I had to use the bathroom which took longer than I thought it would. I told her that I told them to leave without me so they wouldn’t miss the show but they refused to leave a down man behind in a time of need and they stayed.

“We high-tailed it over once I was empty,” I said, and we tried our very best to make it on time despite my “condition.” Yeah, that’s right. I told her I had explosive diarrhea from the lunch and that’s why we were late.

Now, I don’t know if the CM felt bad for me. Maybe she just didn’t want to hear anymore details. But, she got her supervisor and explained the “situation” and they gave us 4 bathroom passes to get us into the show. Not only was the show amazing, but it was also the funniest memory we have of that day.

I can’t tell you anything else we did that day, but we all remember that. And we laughed so hard that we could have pooped our pants.

But we didn’t, because we’re adults. And Adults don’t poop their pants at Disneyland.

Welcome back, Disney Darlings! You read that right, The World’s Biggest Bounce House has made it’s way West and is currently in […]

Baby Yoda is Here! The Mandalorian is the hit show of Disney+, but the real star of the show is none other […]

SACRE BLEU! Just announced on Loungefly’s twitter, you can enter for your chance to win a BoxLunch exclusive Beauty and The Beast […]