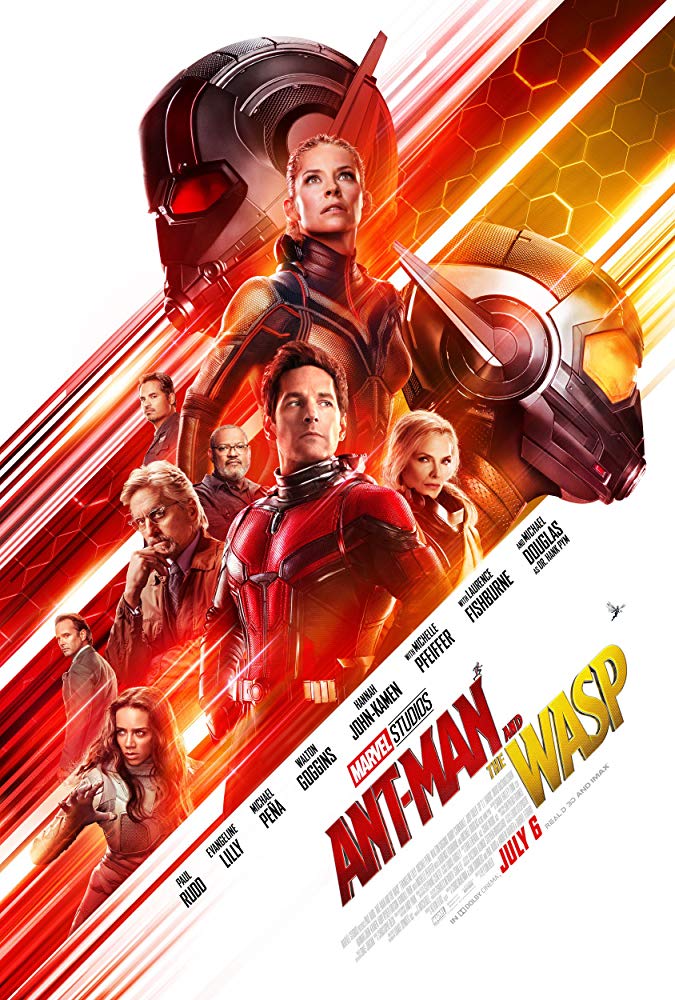 That’s right, folks! Ant Man is back and he’s got himself a side kick, but really she runs the show. It should really be called “The Wasp featuring Ant Man doing things.” But alas, I’m have your EPIC MOVIE REVIEW of the film!

By now I hope, especially if you are a Disney buff reading this, that you have seen the film. But if you are not, and you’re one of those “waiting for it on VHS” type of people, then SPOILER ALERT.

Ant Man and The Wasp – A Tale of

Ant Man and the Wasp opens on a majestic countryside, a piano song plays and Kiera Knightly is seen walking with a book in hand through a meadow….wait. Sorry, that’s my favorite film Pride and Prejudice that I’m watching on my TV. Ant Man opens going over the last film just to catch everyone up. Dr Pym’s wife was trapped in the quantum realm when she went subatomic and couldn’t get herself out. Fearing she was lost forever, Dr Pym and Hope lost hope…unironically. That is until Scott went into the Quantum Realm and came back out alive! And thus began the entire journey of film 2 – Finding Mrs. Pym – another really great alternate title.

Anyway, there was fighting, a villain and ultimately they found Mrs. Pym – shocking, right? But, the amount of sass and sarcasm from this Marvel film is enough to make me right this review with all the sass and zest I can muster. It was hilarious, the comedic timing was perfect, and so was Paul Rudd. Who may be the most underrated comedic actor of our time. Really, how has he not won any awards yet? He is hilarious and goofy looking – but in a really hot-sexy-dad kind of way. Paul Rudd for President! Sorry, I’m getting away with myself.

There were some end credit scenes as well which I made a video on my personal YouTube channel about. Let’s just say I hope you react better to my comedy than the Marvel fans who were hoping I spoiled the film. Because they are ruthless.

If you haven’t seen the film already, go see it. It’s full of life, a bit of love, and a lot of laughter.

Until Next time Disney Darlings <3

Since we are all being kept in by quarantine. I’ve had to come up with some creative ways to keep myself busy. […]