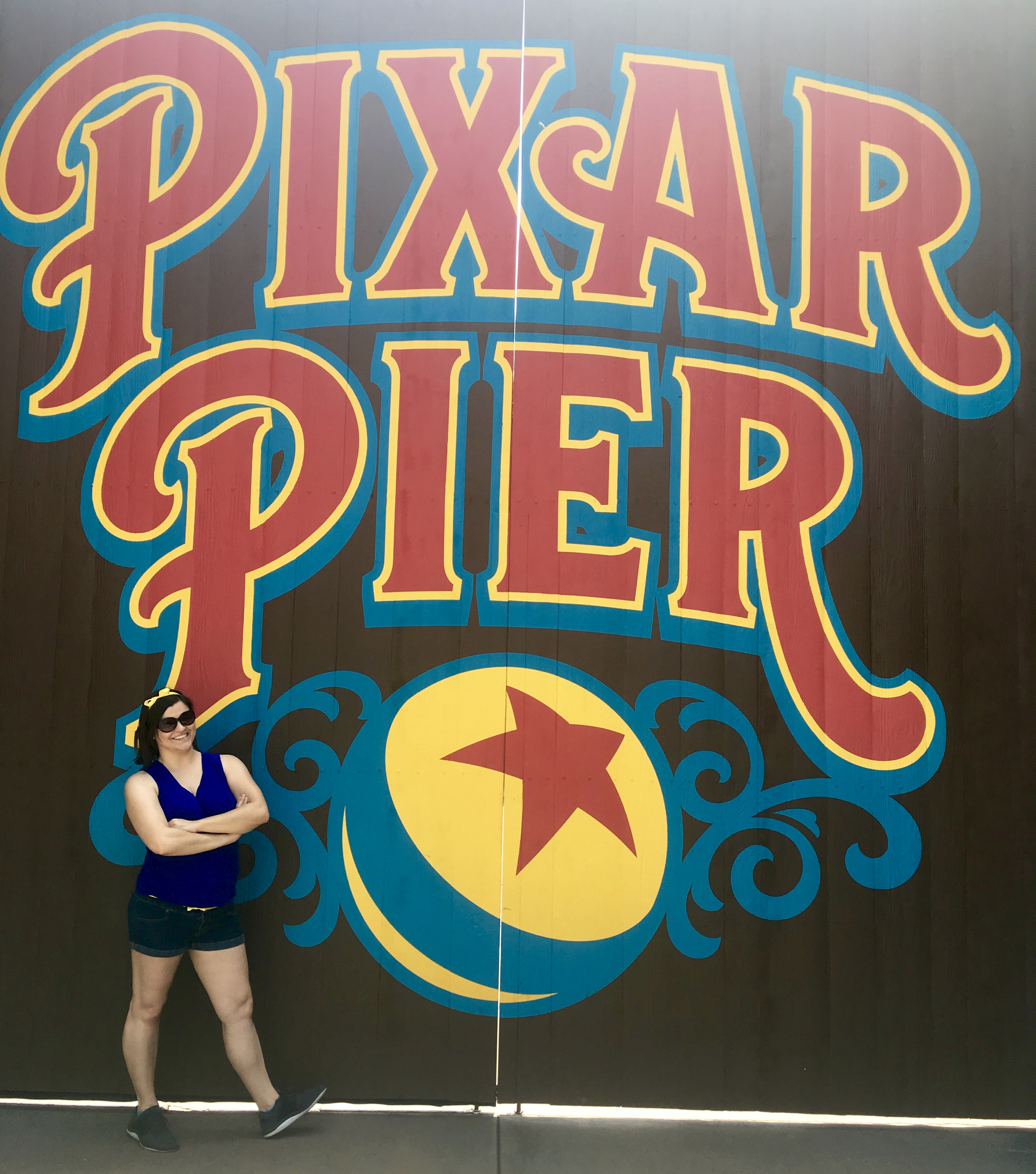 You’re here for one thing and one thing only… The epic Instagram-worthy photo walls at Pixar Pier. So I won’t delay you with a boring opening paragraph. Let’s move like Dash and get right into it!

This wall is outside the new Bing Bong’s Sweet Stuff store right across from the Pixar Pal-A-Round ferris wheel. While the building is under construction this perfect instagram spot is up, but once complete it could vanish like Bing Bong himself, so get your photo now!

2. The Billboards on The Boardwalk

Grab a photo on the pier with la familia as Miguel plays his proud corazón out!

If you’re more a fish out of water, grab a photo with Dory and the rest of the gang, like the cute and adorable otters and Becky herself! She’s the real star of this photo. You go,Becky!

*Not pictured is the UP! Billboard and Wall-e and Eve cuddled in the starry night.

This cute step and repeat is only available while Pixar Pier is new so make sure to grab your photo outside the Lamplight Lounge and listen to some of your favorite Pixar songs playing on the speakers.

I don’t know what to call this wall, but it’s Pixar themed and it’s an Instagram-worthy photo wall so it makes the cut. Whatever you decide to call it. Make sure to scope it out behind Jessie’s Critter Carousel which is set to open 2019, but this wall is available now!

Don’t know what Poultry Palace is from? That’s ok, most people might not, but it’s a great place to snag an #instafabulous photo.

Move over Walt Disney World, there’s a new Purple Wall in town! If you’ve been jealous of the purple wall photos your Florida friends get to take, now you can catch some purple while Bing Bong’s is still under construction. The wall parcels out into purple sections, and at just the right angle, you get magic!

These giant doors hold the key, they are the secret entrance to Pixar Pier – it’s like Disney’s own version of Jurassic Park. Just kidding, they lead backstage – so you can’t go back there unless you work there. But you can take an instgaram photo!

You have saved our lives. We are eternally grateful! This Instagrammable photo wall might just be the life you need to really become your inner Buzz Lightyear! Although it’s not on Pixar Pier, it is by the Monsters Inc ride in the Hollywood Studios backlot so that counts! Also, it’s here for Pixar Fest and we don’t know how long it will be around. So get your photo soon and tag @buzzwingwall on Instagram!

This door leads to a world of laughs that power a city. But it also leads to Boo’s house. This giant door outside of Monsters Inc ride is non other than the loveable little girl’s door that Mike Wazowski rebuilt for Kitty so he could see his friend. *Cough cough* Some of us are still waiting for that sequel, Disney. What happened after he opened the door?!?!

It’s hard to catch baby Jack-Jack but walking through the arch way of the all-new Incredicoaster, if you look up you might be able to catch him just long enough to take a photo at one of the more unique Instagram-worthy photo walls in the park.

Right outside the Incredicoaster is an incredible Instagram spot! The Incredibles logo hangs over a waterfall for the perfect picture. It’s also a great place for character meet and greets like Edna Mode and Fro-zone!

Get Your Pics on Route 66! This Pixar Cars gas pump shot is vintage and elegant. It’s just through the canyon, down a little back road, to take you into Radiator Springs for the perfect Instagram photo.

Welcome back, Disney Darlings! You read that right, The World’s Biggest Bounce House has made it’s way West and is currently in […]

Baby Yoda is Here! The Mandalorian is the hit show of Disney+, but the real star of the show is none other […]

Summer is quickly approaching which means it is time to start planning your Disney family vacation!  If you are looking to break […]